In last edition, we wrapped up our coverage of writing etiquette with the sympathy letter. Today, though, we’re jumping into the world of business etiquette.

Good etiquette is key to a harmonious workplace. But, you’d be amazed how many people struggle to mind their manners in the business world.

It doesn’t have to be that way though. Fortunately, the rules of business etiquette are largely commonsense and relatively straightforward.

So without further ado, let’s dive in with an important lesson in timekeeping.

Arriving on time to a meeting, presentation or function is an obvious must when it comes to workplace etiquette. But, what exactly does “on time” mean?

Think about a scenario where one of your colleagues has shown up at a 9am meeting at 9 o’clock on the dot. They hurriedly take off their coat and rifle through their briefcase to find their notes just as your boss starts to speak.

Technically, this person is “on time,” but you wouldn’t think it from observing their behavior. Actually, it’s more like they’re “just in the nick of time.” They look rushed, they look frazzled, and it doesn’t give an air of professionalism.

In the business world, the adage “five minutes early is late” exists for a reason. By giving yourself adequate time to arrive, settle and get yourself together, you’re presenting an air of togetherness and a sense that you want to be there. It’s a surefire way to make a good impression.

Dressing appropriately for work used to be a breeze. If you were a white collar professional, you wore a suit and tie. In this day and age, however, it’s a bit more complicated than that.

While some workplaces still live by the formal business attire dress code, others have adopted more casual approach to work wear.

Your first step to dressing appropriately, then, is observing the culture of your workplace environment. If you’re in a jeans and t-shirt culture, rocking up to the office in a three-piece suit will be overkill. By contrast, you’ll be dressed-down in loafers and a polo shirt if traditional jacket and tie combos are the norm.

Whatever the culture is where you work, there are a couple of universal rules to remember. Your clothes need to be clean and crease free. Avoid wearing garments that are faded and past their prime and anything with rips, holes and frayed ends is a no-no. Smart shoes must always be polished and shirts with slogans or images that might cause offence should be avoided at all costs.

If in doubt, ask human resources or have a discreet conversation with a co-worker.

You are not in high school

One of the funny things about workplaces is that, while adults ostensibly populate them, there are moments where it feels like you’re in high school again.

Workplace gossip, rumors about co-workers and eavesdropping are behaviors that people should have left behind at the age of 16. Yet, the extent to which these persist in office culture is sometimes shocking.

When it comes to workplace etiquette, the rule on this one is simple and unambiguous. Gossiping, eavesdropping and rumor spreading are a definite no in any circumstance. Be the better man, don’t engage, and spare your colleagues’ feelings. And if somebody comes to you to share a rumor, then don’t pass it on. It’s unprofessional, childish, and nothing good will come of it.

You might want to refresh yourself on the topics we covered in articles one and two of this series, because they especially apply in the workplace.

Reading body language, knowing how to interact civilly and how to make a good impression on others is essential in a workplace environment. After all, you’ve got to be able to work productively and harmoniously with these people Monday-to-Friday, 9-to-5.

There are a couple of extra rules that apply here, though. Firstly, keep blue humor and harsh language out of the office environment full stop. Your office likely features a diverse range of people, and even if you know your buddy will appreciate your expletive-filled politics rant, chances are that the person two cubicles down won’t.

Secondly, be diplomatic at all times. Some people will rub you up the wrong way in an office environment – that’s just an inevitability of life. But, you don’t want their irritations to spark a fire that sends the whole office into meltdown. Even though you might have to grind your teeth to do it, diplomacy is always king when it comes to office relations. So, try to think more like Henry Kissinger and less like Vladimir Putin.

Keep it together out-of-hours

Many people in the working world are masters of workplace etiquette… when in the workplace. But, when meeting with their colleagues in the great wide world, things soon go south.

Out-of-office gatherings – be they retirement parties, Christmas or birthday celebrations or company retreats – put you in a casual, rather than business environment with your colleagues. And, the temptation is to behave as you would during your leisure time.

But, before you know it, you’re eight beers in, your shirt has been turned into a makeshift bandana and you’re on top of a table screaming Bon Jovi’s “Livin’ on a Prayer” as your colleagues look on disapprovingly.

Ok, so that’s an extreme exaggeration. But, the truth is that we’ve all experienced something of this kind to lesser or greater degrees of severity. And, that incident has probably given the perpetrator a lasting impression in the office that they’d rather shake off.

Out-of-office social gatherings might seem like a chance to let your hair down. What you need to remember, though, is that these are the people you work with. And, the impression that some of these people have of you might affect your promotion chances and workplace stability. So, show some restraint and save the drunken karaoke antics for when you’re out with your buddies.

That’s it for this edition. But, we’re not done with the business world yet. Join us next time when we’ll be discussing winning and losing graciously; or what sports field etiquette can teach you about the workplace. 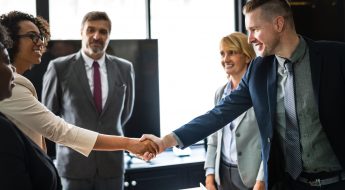 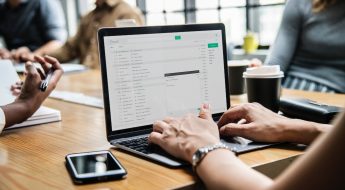 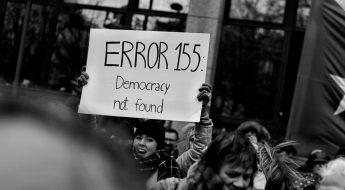