Scotch whisky is in the midst of a global renaissance and there’s never been a better time to sample a dram (or glass for all you whisky newbies out there).

But where do you start? To the uninitiated, the world of scotch is overwhelming. There are so many varieties out there at so many price points. Picking a first bottle can feel like a lottery, and you don’t want to spend a small fortune on a scotch that is ostensibly “good,” but you can’t bear to drink.

Fear not intrepid whisky adventurer. That’s what Scotch 101 is for. In this edition, we’re defining the main types of Scotch whisky on the market, as understanding the distinctions between them is key to finding a good first bottle. 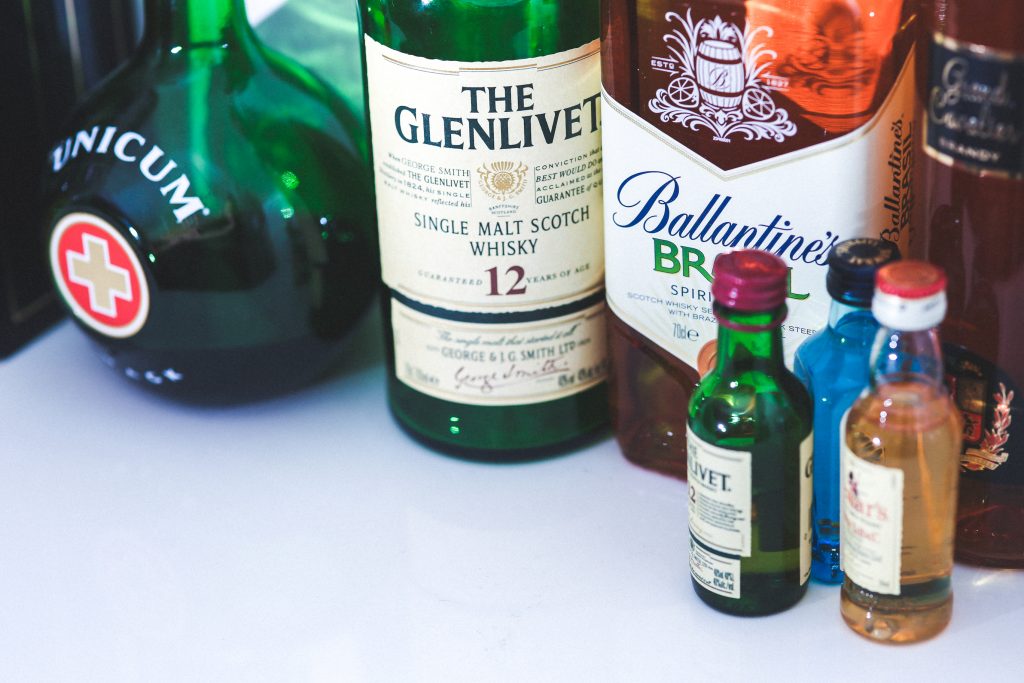 If you’ve ever browsed the scotch isle at your local supermarket or liquor store, chances are you’ve seen the terms “Blended” and “Single Malt” on the majority of the bottles. If you’ve frequented a specialist retailer, the terms “single cask” or “cask strength” might also have been bandied about. But what do they all mean?

A blended whisky is, as the name suggests, a blend of several scotch whiskies. Crucially, those whiskies all come from different distilleries.

Single cask whiskies, as the name suggests, come from a single cask. This results in a more distinct and less-consistent flavor than what you’d normally expect from the distiller. The casks used in the distilling process for scotch are wooden barrels that were previously used to age other spirits (typically bourbon or sherry, but sometimes port or rum). While the mixing of whiskies in single malt production is meant to diminish the distinctions of an individual cask, single cask bottles are intended to take on the cask’s unique flavor.

Finally, cask strength whiskies are distilled in the same manner as single cask whiskies. But, unlike single cask whiskies – and, indeed, every other type of whisky on this list – they’re not diluted with water after being drained from the cask. This results in a much stronger flavor, as well as a higher alcohol content. While you’d expect a single malt or single cask whisky to be between 40% and 50% ABV (by law, a scotch whisky is a 40% ABV minimum), a cask strength bottle might be as much as 60% or 70% ABV.

Typically, the order of these whisky types from most expensive to cheapest goes; cask strength, single cask, single malt, blend. With that in mind, it’s easy to assume that cask strength whiskies are “the best” on the market, while blended whiskies are “the worst.” But in reality, it’s more complicated than that.

Blended whiskies have a bad reputation amongst connoisseurs. While blends were the scotch de rigeur across the world for many years, they became unfashionable in the late 1980s thanks to a growing global awareness of single malts. But, there’s been some kickback against that in recent times and an increasing recognition of the art involved in creating a great blended scotch. (If you want to know more about that debate, check out this Daily Beast article). Generally, blended whiskies are lighter, sweeter, and generally more accessible than your average single malt, a major factor in their mass popularity.

On the flipside, while cask strength whiskies have boomed in popularity in recent years, and become the gold standard for some whisky purists, there are those who don’t buy into the hype. As this opinion piece on Scotch Whisky highlights, while the appeal of cask strength is having total control over how much water you add to your glass, this appeal is misleading. Different mineral waters can color the flavor of your drink and drinking a 64% ABV tipple neat is not necessarily the most pleasant experience.

For our money, the best place to start is in the middle, with a single malt bottle. The advantage with a single malt is that you get the distinctiveness of flavor that’s lacking from your average light, sweet blend, but without some of the more extreme characteristics you’d expect from a cask bottle (if you’re a whisky newbie, that’s something to build up to). A decent single malt isn’t going to break the bank, and you’re getting a quality whisky to savor and enjoy.

Read the next post: Understanding Scotch Whisky Regions (Part One)