Picture a gentlemen. What would the ideal gentlemen look like? I imagine a well dressed individual with a great demeanor and an air of sophistication.

Perhaps a man clothed in a stylish three piece suit. Not the ‘formal style’ three piece. But the type with an interesting inner vest and a beautifully colored jacket to match. Pants which are not up to the length of the ankle and the most lovely brogues my eyes would have seen.
He’s sitting in front of a fireplace with a cigar in his left hand. I know you may not have this picture in mind, but I do. Think about yours. Oh! That description is not complete; this gentleman has a drink in his right hand. 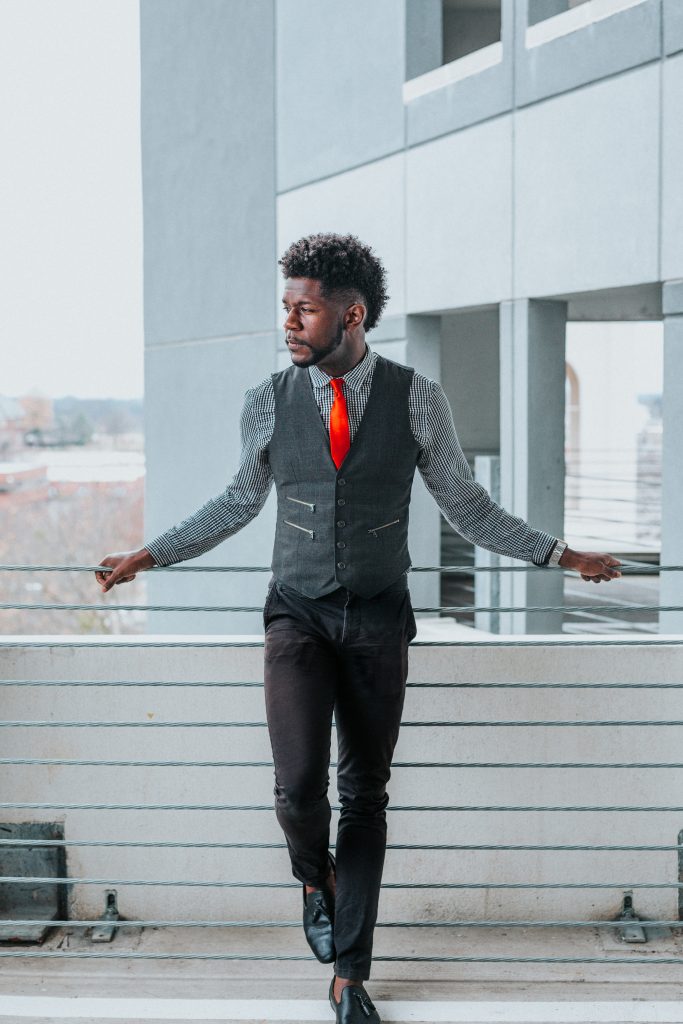 Photo by Tyler Nix on Unsplash

Not tea my friends. A cocktail, a glass of wine or even better, a pour of whisky. The association between a whisky and a classy person, whether they be male or female, is a long standing one.
This train of thought doesn’t originate from me alone. Head to any modern bar establishment and you’ll see a list of whiskies, whisky cocktails and other fine liquor. I asked individuals around me (millennials, older folks, men and women) their thoughts on a classy person’s drink. The answer was always whisky (not a very scientific study but hey, this isn’t a science blog). 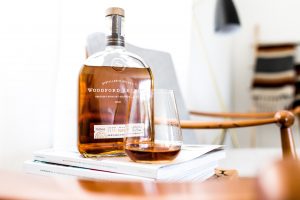 Photo by Tim Wright on Unsplash

Why Whiskey though? Emma Barnett, explained it right. “Whisky, for me, has the power to immediately slow everything down. It’s also an attention-seeker. You can’t ignore a slurp of it, as the heat hits your stomach and forces you to take stock of what you are imbibing. Other drinks for me blend into the background of an experience – whereas whisky is the experience. I like it for its boldness – a bit like the way I prefer bold fonts on a page or a strong paint colour on walls. There’s just no messing around once you crack open a good bottle of whisky.”
She is right.
Once you experience good whisky, you’ll want to learn more. It brings out your curiosity with its many personality and its different “body”. The wondrous smell and intense taste keep you hooked for more. For some, it’s the history; every brand has a story to tell, a story to sell, generations of making these lovely drinks. Others view it as a form of art. The distiller an artist, and enjoying a drink of whisky is their own way of paying homage to the artist. Some people like whisky for being whisky. For everything that comes with it; its tastes, aromas… everything. It may remind them of a time lost or forgotten.
Unlike other drinks, whiskies have different characteristics that make them distinct. Generally speaking, Bourbon is sweet, Rye is spicy, Scotch is smoky. There is a whole range of flavor for you to experience.
Acquiring a taste for the different types of whiskies is not a difficult thing to do. Each type has a very specific flavor profile. You’ll soon figure out which you like and which you don’t. But its possible to appreciate and respect them all for their individual charasctersrtics.
But above all, there is one thing that gets me hooked whenever someone opens a bottle. It drives me with lust and eagerness. What I’m talking about folks, is the smell of the whisky. Without the sense of smell, you cannot taste. Smelling whisky prepares your brain for the taste (or pushes you away). Its like watching the trailer before seeing the movie. It raises your expectation and makes drinking the whisky all the more worthwhile.

Scotchwhisky.com has a great piece on articulating whisky aromas. 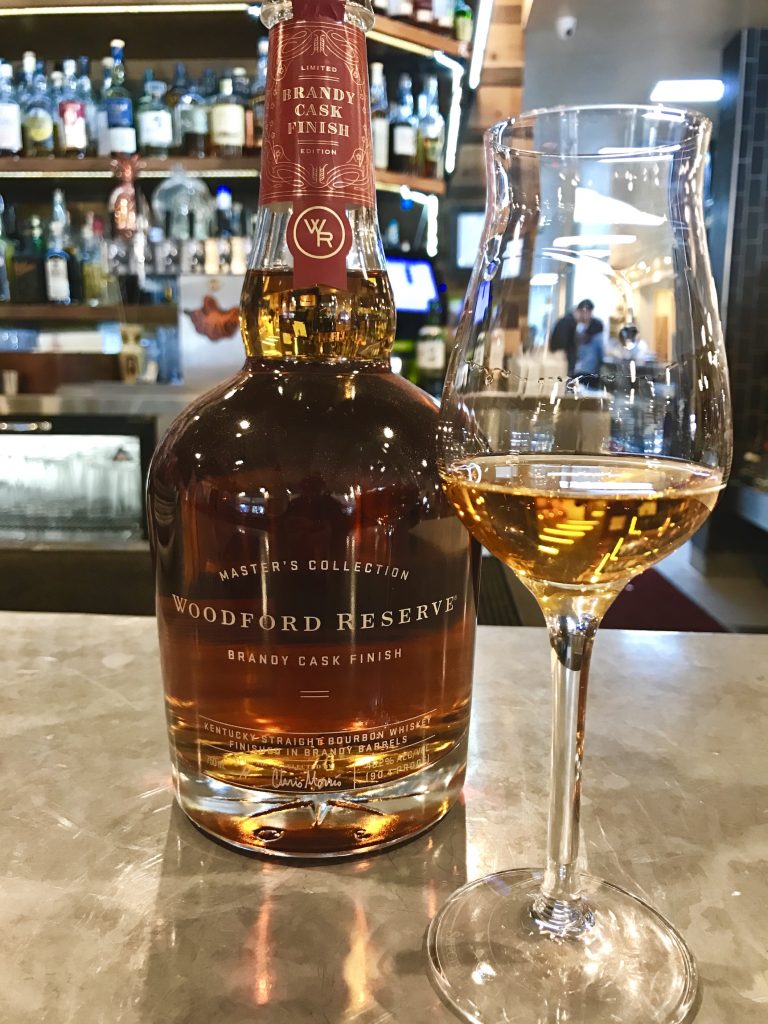 My idea of a gentleman is never a complete without a whisky in hand. He would swirl the whisky (to look badass) and take in the smell and the blend of aromas before sipping it.
So, next time when you’re at the bar or having fun with friends, and crack open that bottle of whisky. Be sure to take a nice whiff, contemplate, smile because you now have prepared yourself and enjoy. Its one of the great joy of drinking whiskies. As Japanese bestselling author Haruki Murakami said, “Whiskey, like a beautiful woman, demands appreciation. You gaze first, then it’s time to drink.” Drink up.
February 28by Jean-Marc
Lifestyle, Whisky

Why should the Modern Day Man learn about Whisky?

Learning about whisky isn’t to sound smart in a conversation or in a group setting. It’s about learning one of the simple pleasures in life and getting familiar with a gentlemen’s treasure. Well known playwright George Bernard Shaw once famously said “Whisky is liquid sunshine.” And he isn’t far from the truth.

Whisky (also spelled Whiskey. I’ll explain the spelling in a later post.) has a deep and meaningful history behind it. There is a whole rebellion surrounding it called the Whiskey Rebellion in 1794 due to settlers in western Pennsylvania uprising to protest a liquor tax imposed by the new US government. To these settlers, whiskey was an informal currency, a means of livelihood, and an enlivener of a harsh existence and while the tax was meant to pay for the national debt, it threatened the life of these people. Eventually the rebellion was suppressed by excessive militia force and the tax was imposed.

Today, whisky is a spirit widely consumed throughout the world. According to statista.com in 2014, France, known for its fine wine and cognac, consume the most whisky in the world. Its not surprising either as a fellow Frenchmen, I too am in love with this liquid sunshine.

The whisky trend is rapidly increasing with more cocktails than ever before, more awards and trade shows and more distilleries opening. Some whiskey cocktails are: Old-Fashion, Manhattan, Irish-Whisky Punch, the Witty Comeback, Sazerac, Whisky Sour, Boulevardier, Highball and so on.

Whisky is portrait as a gentlemen’s drink as seen in movies and TV shows such as Anchorman, Lost in Translation, Skyfall, Suits and many more. Knowing a bit about whiskey allows you educate your fellow man about its delight, showcase your cultured self and win the love of your life. Imagine being at a romantic bar where your date asked you for drink recommendations. You can introduce a good old Boulevardier and sound all fancy, wining you the date for the night (obviously I’m exaggerating). But if you find this drink interesting, the different mixes and origins, educating yourself to find out what you like and what you don’t is the best way to prevent someone from giving you a crappy drink. Show some class and try out some whiskeys.

Excited? Interested? Our next blog post, we’ll show you the beginner’s guide to whiskies and how it is made. Just what you need to know to get started.